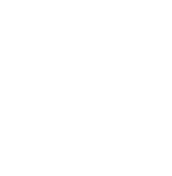 “As a functional food, Flax Unleashed® and Flax Unbridled® provide complex nutrients essential for life that must be found in the diet. Flax Unleashed® and Flax Unbridled® capture the benefits of the whole flax seed, not just the oil which contains the valuable and essential omega-3 fatty acid. This oil is protected and preserved with naturally occurring components called Lignans, also found within the flax seed that add additional health giving qualities to this supplement placing it in a category of its own. This is not just another organic flax oil made by conventional means, but a nutritional powerhouse containing flax oil, vitamins, minerals, protein and one of natures' most potent natural anti-oxidants, Lignan. The plant based Omega 3 in flax is a precursor to EPA and DHA. Scientifically, this conversion is considered slow in our pets but metabolically the conversion is a natural, continuous step process in response to the inflammatory reaction created by the Omega 6 fatty acids that are very high in most North American pet food diets. Along with improving the Omega6 : Omega 3 ratio in the diet, the Omega 3's are also critical for healthy and proper function of all cells in the body. We believe that the benefits of Flax Unleashed® extend way beyond the Omega 3's and that through the gentle unrefined processing of the Canadian organic flax seed, a synergy (perhaps the greatest benefit of whole food products) is at least part of the reason that pet guardians consistently report improvement in their animal’s mobility, skin and hair coat, and overall vitality. This Certified Organic, functional whole food nutraceutical, contains one ingredient only – Canadian Organic, Non-GMO Flax seed and would be useful in the diet of every pet.”

Excerpts from Flax - A Health and Nutrition Primer

2. ALA is required for maintaining the nervous system. In humans, a deficiency of ALA results in poor growth and neurological problems such as numbness, weakness, pain in the legs, inability to walk and blurring of vision (87). These clinical deficiency symptoms can be alleviated by adding ALA to the diet (24,87-91).

3. ALA is the precursor of EPA, DPA and DHA. Thus, ALA-rich diets increase the ALA, EPA, DPA and total omega-3 fatty acid content of cell membrane phospholipids. In one study of 20 healthy men and women taking six flax oil capsules a day (providing 3.5 g of ALA/day) for 8 weeks, the ALA content of red blood cell membranes increased 100%, the EPA content increased 33%, and the DPA content increased 20%; the DHA content was unchanged (92). In other studies, diets containing more than 4.5 g of ALA/day (contained in about 1/2 tbsp of flax oil or 2 heaping tbsp of milled flax daily) increased the EPA content of plasma phospholipids between 33% and 370% and the DPA content between 5% and 50% (54). [The large ranges in the response of study volunteers to dietary ALA reflect differences in the amount of LA in their diets, among other factors (55).] Increasing the omega-3 fatty acid content of cell membrane phospholipids increases their flexibility and alters the way they behave in beneficial ways (93).

4. ALA dampens inflammatory reactions by blocking the formation of compounds that promote inflammation. Inflammation is a feature of many chronic diseases, such as heart disease, type 2 diabetes, metabolic syndrome, obesity, cancer and Alzheimer disease (94-96). ALA has several anti-inflammatory actions: • EICOSANOIDS. ALA affects eicosanoids in two ways. First, ALA is a precursor of EPA, which is itself a precursor of eicosanoids, as shown in Figure 3. Eicosanoids control inflammatory reactions. Their release is a normal response to injury, and their actions are required to help repair damaged tissue. However, not all eicosanoids are alike. The eicosanoids derived from EPA tend not to promote inflammation. This is one reason why nutrition experts advise consumers to eat more omega-3 fatty acids: A diet rich in omega-3 fatty acids produces more beneficial eicosanoids and less inflammation and decreases the risk of chronic diseases compared with diets rich in omega-6 fatty acids. Secondly, ALA interferes with the conversion of LA to AA and blocks the conversion of AA to its pro-inflammatory eicosanoids. For example, diets rich in ALA decreased significantly the concentration of AA in neutrophils (97) and in serum (98,99). The production of eicosanoids from AA in mononuclear cells decreased 30% in healthy men who consumed flax oil for four weeks (100). [Neutrophils and mononuclear cells are types of immune cells that help control infections and inflammation.]

• CYTOKINES. ALA blocks the formation of cytokines. Three cytokines that contribute to inflammation are tumor necrosis factor α, interleukin-1β and interleukin-6. A study of 20 men and women with high blood cholesterol found that the production of these cytokines by certain immune cells was decreased significantly when the volunteers ate a diet high in ALA compared with an average American diet. The high-ALA diet in this study provided about 19 g ALA/day obtained from walnuts, walnut oil and flax oil (99).

• PLATELET-ACTIVATING FACTOR. ALA may help block the formation of platelet-activating factor (PAF). In studies of mice used as a model of lupus nephritis (kidney inflammation), feeding flax in the diet for 14 weeks blocked PAF-caused platelet aggregation. According to the researchers, ALA may work synergistically with flax lignans to dampen the effects of PAF (101).

osahexaenoic acid (DHA)In the fetus and infant, DHA is required for the development and maturing of the eye, where it constitutes as much as 80% of total polyunsaturated fatty acids in the retina, and of the brain and nervous system, which contain high concentrations of DHA (105). The brain, retina and sperm have the highest concentrations of DHA of any tissue in the body (106). The demand for DHA is highest during the latter part of pregnancy and in the first few months of infancy. Like EPA, DHA also gives rise to resolvins. The DHA-derived resolvins are active in the brain, where they block the actions of pro-inflammatory cytokines (104).

ALA is found in plants, animals, plankton and marine species (133). Up to 80% of the fatty acids in leafy green plants is in the form of ALA; but because their overall fat content is low, leafy plants do not contribute significant amounts of ALA to our diets (134). Flax is the richest source of ALA in the North American diet. ALA is also found in walnut oil, canola oil, olive oil, and soybean oil; in nuts such as butternuts and walnuts; in soybeans and pumpkin seeds; in omega-3-enriched eggs; and in purslane. Fish contain only trace amounts of ALA, although some species of fish, particularly fatty marine fish such as salmon, mackerel and herring, are rich in EPA and DHA (112, 122, 135). Table 11 shows the ALA content of some foods. EPA and DHA are found mainly in fatty fish such as mackerel, salmon, tuna, herring, lake trout and anchovy (135). Other sources include fish oil capsules; marine algae, which are rich in DHA but contain negligible amounts of the other omega-3 fatty acids (136); and omega-3-enriched eggs derived from laying hens fed a ration containing either microalgae, which increase the DHA content of the yolk (137), or flax, which increases the ALA, DPA and DHA content of the yolk (138).