Flaxseed is one of the richest sources of lignans and is increasingly used in food products or as a supplement. Plant lignans can be converted by intestinal bacteria into the so-called enterolignans, enterodiol and enterolactone. For a proper evaluation of potential health effects of enterolignans, information on their bioavailability is essential. The aim of this study was to investigate whether crushing and milling of flaxseed enhances the bioavailability of enterolignans in plasma. In a randomized, crossover study, 12 healthy subjects supplemented their diet with 0.3 g whole, crushed, or ground flaxseed/(kg body weight · d). Each subject consumed flaxseed for 10 successive days separated by 11-d run-in/wash-out periods, in which the subjects consumed a diet poor in lignans. Blood samples were collected at the end of each run-in/wash-out period, and at the end of each supplement period. Plasma enterodiol and enterolactone were measured using LC-MS-MS. The mean relative bioavailability of enterolignans from whole compared with ground flaxseed was 28% (P ≤ 0.01), whereas that of crushed compared with ground flaxseed was 43% (P ≤ 0.01). Crushing and milling of flaxseed substantially improve the bioavailability of the enterolignans.

Among foods consumed by humans, flaxseed contains the highest concentration of enterolignan precursors, mainly secoisolariciresinol diglucoside. Other seeds, nuts, whole grains, fruits and vegetables, and beverages such as coffee and tea contain smaller amounts (24). The most important sources of lignan precursors in Western diets are beverages such as tea and coffee, seeds, cereals, berries, fruits and vegetables (25,26). Flaxseed is a relatively minor dietary component in most countries, but because of its potential health benefits [flaxseed also contains a high quantity of (n-3) fatty acids as well as dietary fiber], it is increasingly being incorporated into a variety of food products, such as bread, muesli bars, and breakfast cereals, or used as a supplement. For example, in the Netherlands, whole flaxseed is used in commercial breads (up to 3.5 g flaxseed/100 g bread); therefore is an important potential source of dietary lignans. In a case-control study carried out in Texas, Strom et al. (27) found that flaxseed bread was one of the main food sources of lignans.

Silymarin (SM) is a C25 containing flavonoid mixture, extracted from the Silybum marianum (milk thistle) plant. Today’s standardized (according to its silibinin, often called silybin, content) SM extract contains approximately 65% to 80% flavonolignans (silybin A and silybin B, isosilybin A, isosilybin B, silychristin and silydianin), with small amounts of flavonoids, and approximately 20% to 35% of fatty acids and polyphenolic compounds possessing a range of metabolic regulatory effects [1]. Silybin was discovered as the first member of a new family of natural compounds called flavonolignans in 1959 [2] and it is known as the predominant and primary active ingredient in SM [3,4]. That is why compounds containing milk thistle ingredients showing silybin content and silybin antioxidant, as well as other activities in various model systems, are used to explain the biological activity of SM. In particular, SM has been the gold standard drug to treat liver disorders of different etiologies and milk thistle extracts have been used as traditional herbal remedies (“liver tonics”) for almost 2000 years. Therefore, SM is most well known for its antioxidant and chemoprotective effects on the liver [5,6,7,8,9,10,11] and it is often prescribed and self-prescribed as a complementary and alternative hepatoprotective medicine [12]. SM is being studied as a hepato-, neuro-, nephro- and cardio-protective ingredient due to its strong antioxidant and tissue regenerative properties [12,13,14,15,16,17]. There is a range of recent comprehensive reviews covering various routes and mechanisms of action of SM in animal models and human trials [13,14,15,16,17] very often referring to its antioxidant properties. However, it seems likely that direct antioxidant (AO) activity of polyphenols does not contribute directly to the antioxidant defence of the body [18,19] and only limited work has been carried out to explore SM/silybin impact on the induction of cellular antioxidant defence via the modulation of various transcription factors, including Nrf2 and NF-κB and respective gene and protein expressions. Potential molecular proliferative signaling targets for anti-cancer activity of silibinin include the receptor tyrosine kinase, STAT, androgen receptor and NF-κB pathways [20], however, anti-cancer activity of SM is beyond the scope of the present review. Therefore, this review focuses on evaluating recent studies on SM (silibinin) antioxidant effects in various in vitro and in vivo model systems in the context of its contribution to the antioxidant systems regulation and participation in cell signalling.

Spirulina (Arthrospira platensis), is a free-floating filamentous cyanobacterium that has a long history of recorded use. There is evidence that the Mayan and Aztec civilizations widely consumed dried Spirulina cakes in pre-Columbian times, and for centuries, communities in Central Africa have harvested Spirulina from the waters of Lake Chad for use as food9,10. Spirulina has received considerable attention for its 60–70% protein content and high concentrations of phenolic acids, tocopherols, essential fatty acids, and B vitamins10,11. Extracts of Spirulina have been reported to have multiple therapeutic effects, including cholesterol reduction, immunomodulation, antioxidant, anti-cancer, and anti-viral effects11. 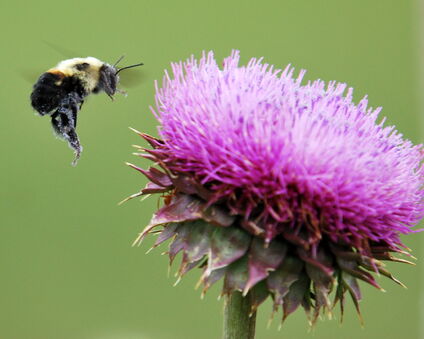